On December 13, the large-scale Chinese youth team sports public spirited program CCTV "speed youth - Chinese primary school students' 30 person 31 foot team running conference" kicked off at the indoor gymnasium of Beijing University of technology. In the morning of the same day, 18 teams from all over the country conducted 18 trials (two races or one race).

On December 13, the large-scale Chinese youth team sports public spirited program CCTV "speed youth - Chinese primary school students' 30 person 31 foot team running conference" kicked off at the indoor gymnasium of Beijing University of technology. In the morning of the same day, 18 teams from all over the country conducted 18 trials (two races or one race). In the afternoon, there were 12 in 8 (one run, and the first two in qualifying had a chance to revive if they made a mistake) and 8 in the top four. On the field, the team members went all out to fight for physical strength, strength and confidence, and rushed from the starting point to the finishing point at the fastest speed. After intense competition, Jiangxi Xishan school team finally won the championship of the national finals. 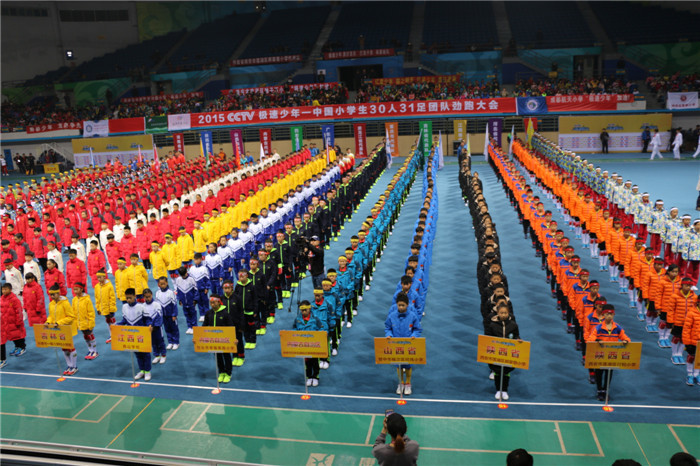 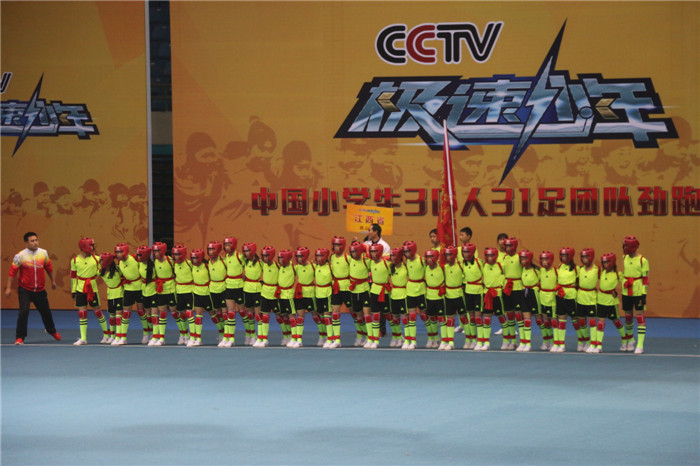 Xishan speed youth team
In the afternoon, as soon as the Jiangxi Xishan team came out of the 12-8 game, the scene was full of cheers. The team members stood neatly at the starting point, and the referee fired a gun. The team members started with all their strength, with unified pace and steady pace. Finally, the Jiangxi Xishan school team refreshed another first place in the field with a good result of 9.31 seconds, and entered the top 4 of the 8th round.
In the 8-in-4 competition, the representative team of Jiangxi Xishan school started awesome, but when it was close to the end, some members fell down. According to the requirements of the competition, the whole team needed to go back to the place where they fell and legged to sprint to the end again. Jiangxi Xishan school team has another chance to start again with the result of ranking first on the field. Can the team members run well after another start? The atmosphere at the scene was extremely tense. The audience cheered for the Jiangxi Xishan school team. The players on the field resisted the pressure and started again, and finally entered the championship and runner up race with a score of 9.75 seconds. 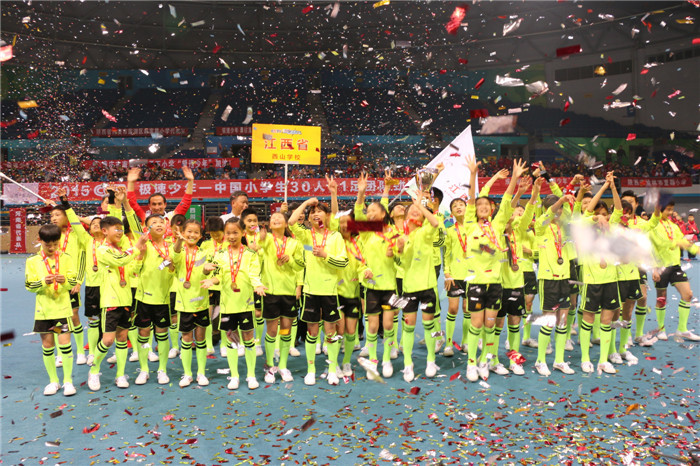 Hour of Victory
The closer to the peak duel, the more exciting the scene atmosphere. At this moment, the strength of the participating teams on the field has appeared. Now the test is not only the speed and physical strength, but also the psychological quality of the members of each finals team. After 8-4 matches, the game entered the finals of the champions and runners up. According to the rules of the finals of the championship, the third and fourth ranked teams in the 8-4 competition will compete for the third place; The first and second ranked teams will compete for the championship and runner up. Each team has only one chance to run hard. According to the last round of competition, Inner Mongolia Baotou Xingfu South Road Primary School and Henan Zhengzhou Huaihe Road Primary School entered the third place, Jiangxi Xishan school and Hubei Shiyan people's primary school entered the first and second place. 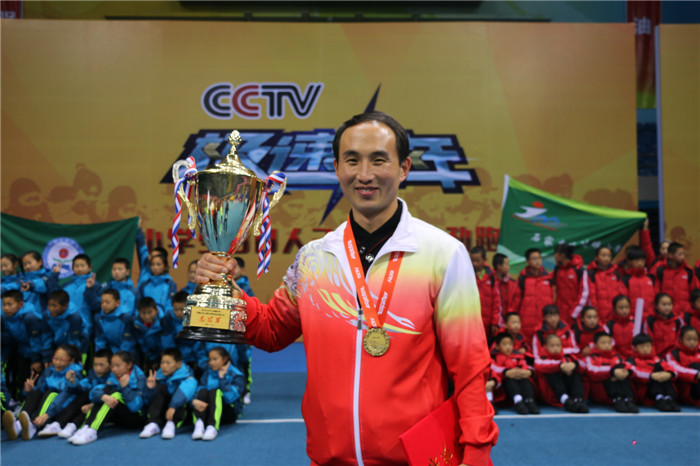 Head coach Zhu Gang holds the trophy
The competition is more and more intense, and the scene is more and more popular. The four teams are full of confidence, and the peak duel officially begins. Inner Mongolia Baotou Xingfu South Road Primary School won the third place in the competition for the third place, and the Jiangxi Xishan school team successfully won the national finals with a good result of 9.29 seconds in the match against the Hubei Shiyan people's primary school team.
We believe that after this competition, the sports spirit of "speed youth" has been deeply rooted in the hearts of teenagers and in the hearts of every child who works hard for their dreams. Chinese dream, youth dream, China is strong! Young strong! It is no longer a slogan. Today's Chinese teenagers have proved this great spirit with practice. 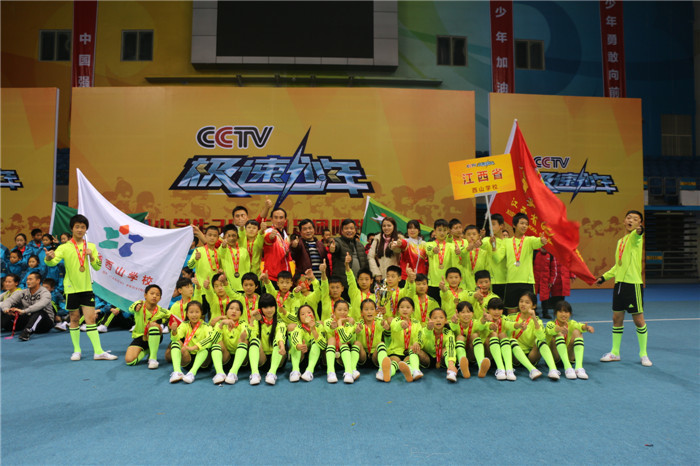